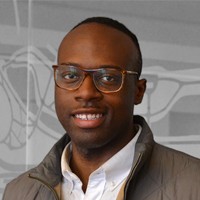 Julian K. Phillips, a Memphis native, found an early interest in art and architecture when he was found painting and drawing buildings and architectural elements at an early age. Paintings and illustrations became more than a hobby for Julian when his paintings were shown in the Memphis International Airport, Brooks Museum (Memphis), Frist Art Museum (Nashville), and the Memphis Heritage House. His collegiate education began at Southern Illinois University Carbondale, graduating with a Bachelor of Science in Architectural Studies.

After receiving his bachelor’s degree in 2017, Julian worked as an architectural intern for CMArchitects in Nashville, TN working with architects on education facilities, and single-family dwellings. He spent his free time in Nashville volunteering for the Nashville Civic Design Center where he worked to lobby for the 2017 Nashville Transit Plan. Shortly after, he started his master’s degree in architecture at Massachusetts College of Art and Design where he completed his graduate thesis fall of 2019. After two years in Boston, he has taken part in designing/creating art installations at the Peabody Essex Museum (Copa Pavilion), Faneuil Hall (Auction Block Memorial (unbuilt)), and The Institute of Contemporary Art (Bazzaro Beach).

He currently serves as BosNOMA’s secretary. Julian is currently an Architectural Designer at Goody Clancy an Architecture, Preservation, and Planning firm in Boston’s Back Bay and teaches architecture + design courses for Mass College of Art’s Youth Programs, Summer Intensives, and Portfolio Development. In every instance, from art to architecture, Julian strives to positively impact his surroundings and use human connection as the strongest and most genuine element of design.